Next week will by my 23rd consecutive American Royal; I remember going as a kid too.
Random thoughts… 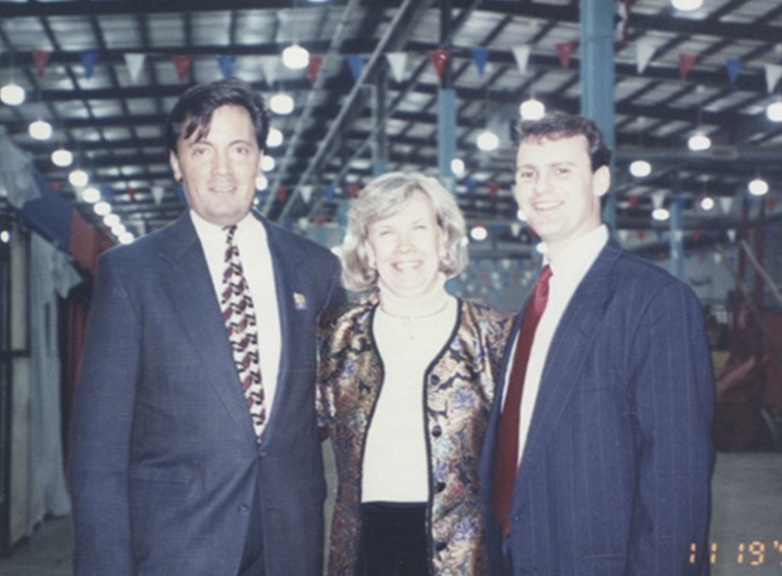 Constants – no matter the official temperature, it will feel cold … great young horses … barbeque … a social show where everyone enjoys the camaraderie … the very real threat of catching a cold … equitation, lots of equitation … fur coats and overcoats … The Savoy Grill. Changes … I miss the big crowds and the entertainment (I loved the rodeo roping guy) … The designation as the UPHA National Championship show has had a major positive impact on the industry and Saddle & Bridle … better hotels now… Trivia … Until recently I did not know that Kemper Arena was designed by famed architect Helmut Jahn, with the interior influenced by his wife Deborah, my friend and well known Saddlebred and Hackney exhibitor.

This photo was taken at the Royal in 1995 and has been displayed in my office ever since. A much younger and thinner me with my “B’s” – Brendan Heintz and Brenda Pulis.
Let’s all hope the UPHA American Royal continues on and that Kemper Arena does not become just a memory!