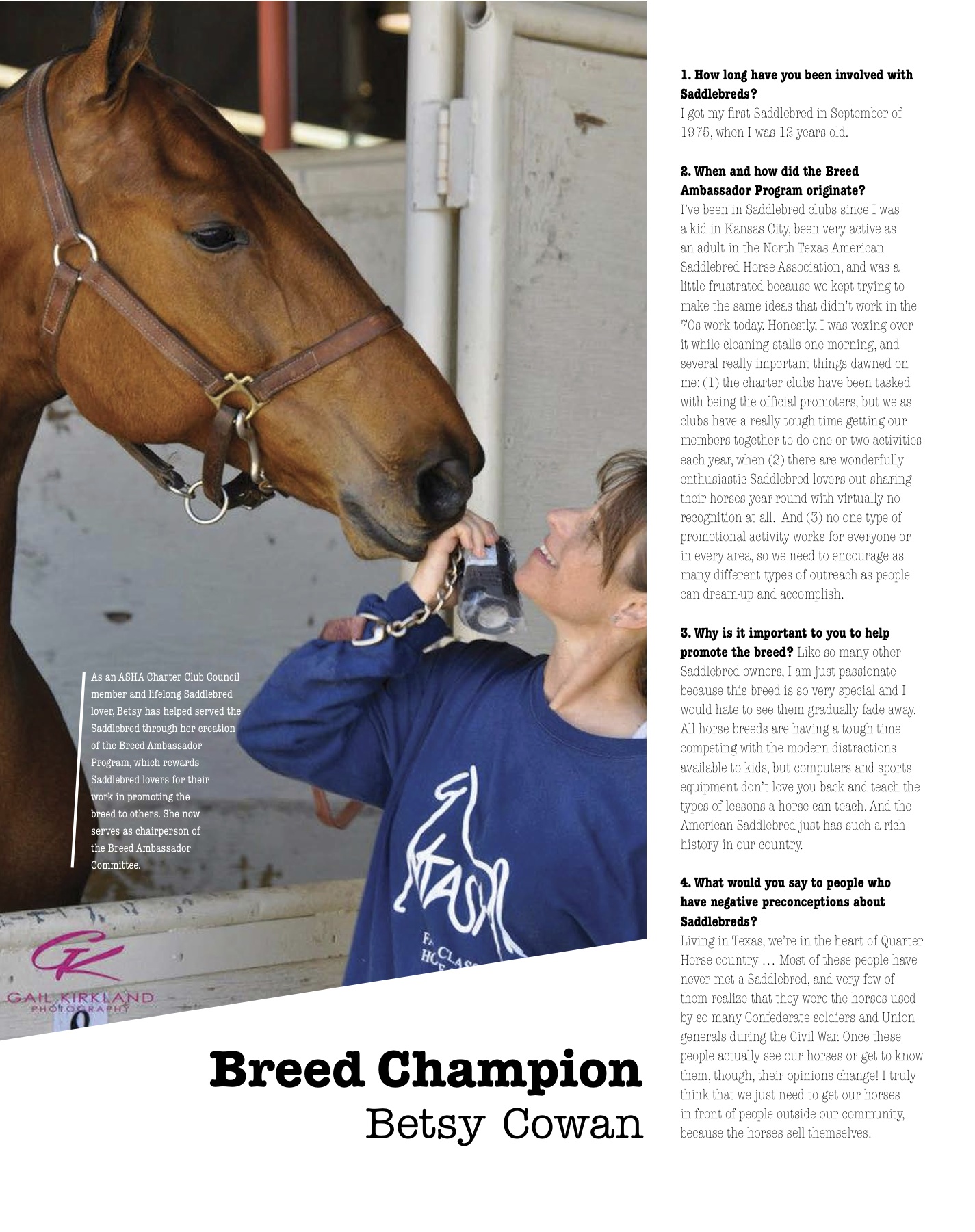 Do you know a Breed Champion?

Saddle & Bridle's Breed Champion feature was begun in 2015 to reward those who promote the American Saddlebred breed in various ways, and encourage others to do the same.

Breed Champions are leaders, rescuers, visionaries, and philantropiosts. Some work quietly out of sight for years, and some are notables who use their time in the spotlight to share the Saddlebred with the public, but they all have one thing in common: they work for the betterment of the breed as a whole. Or, in other words, they champion the American Saddlebred breed.

Do you know someone who is a Breed Champion? Email and tell us! They could be featured in an upcoming issue.