Hello all! This past week I attended Midwest in Springfield, Illinois with my trainer Jenn. The rest of my barn attended a show in Chattanooga, Tennessee. It was my first time to Midwest and I learned more things about myself and my horse from showing last week than I have at any other show. 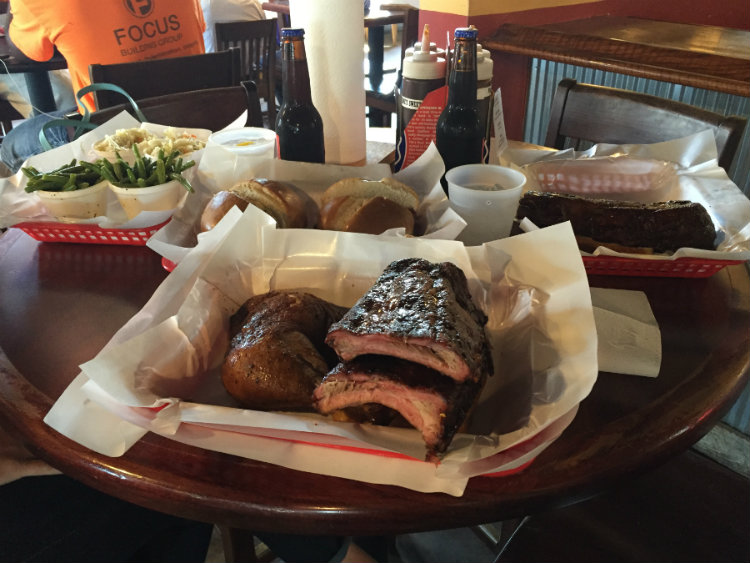 The week began a little stressful you could say because my rockstar horse, It's Aerosmith, did not enjoy his living space. Jenn and I set up and tore down two times before Monday ended. We thankfully found a stall that Tyler enjoyed more because he was able to look over either side of the stall and see his friends. He is quite the diva and he is constantly reminding us of that, but that is what makes him so special.

The first day I showed was Wednesday on The Norseman "Hans." This season Hans and I have really been doing well! I was fourth out of fourteen, which was extremely exciting for us because it was a deep class. Hans was pretty tired because we had just shown at the Rock Creek Horse Show where we placed third in another competitive class. It was hotter in Illinois than it was in Tennessee when I showed both horses Wednesday. Unfortunately, I showed Tyler during the hottest part of the day. I was feeling really pumped and confident after my ride with Hans, but then my nerves hit me hard right before I went into the ring on Tyler. I felt a lot of pressure to do well because we had been having such a good show season and I did not want to let anyone down. All those feelings really got the better of me in my qualifying class. Instead of going in confidently I was reserved and slow. I let him break a few times and cross-cantered the second direction. Yes, I beat myself up pretty badly after that ride because I was disappointed in myself for not riding to my best ability. My mom told me that I had two hours to be upset and down and then I needed to pick my head up and let it go. My trainer Jenn gave me pointers and things that I needed to fix and improve upon in my championship class Saturday afternoon. Once those two hours past I was focused on one thing and that was getting back in the ring on Saturday and showing my horse! 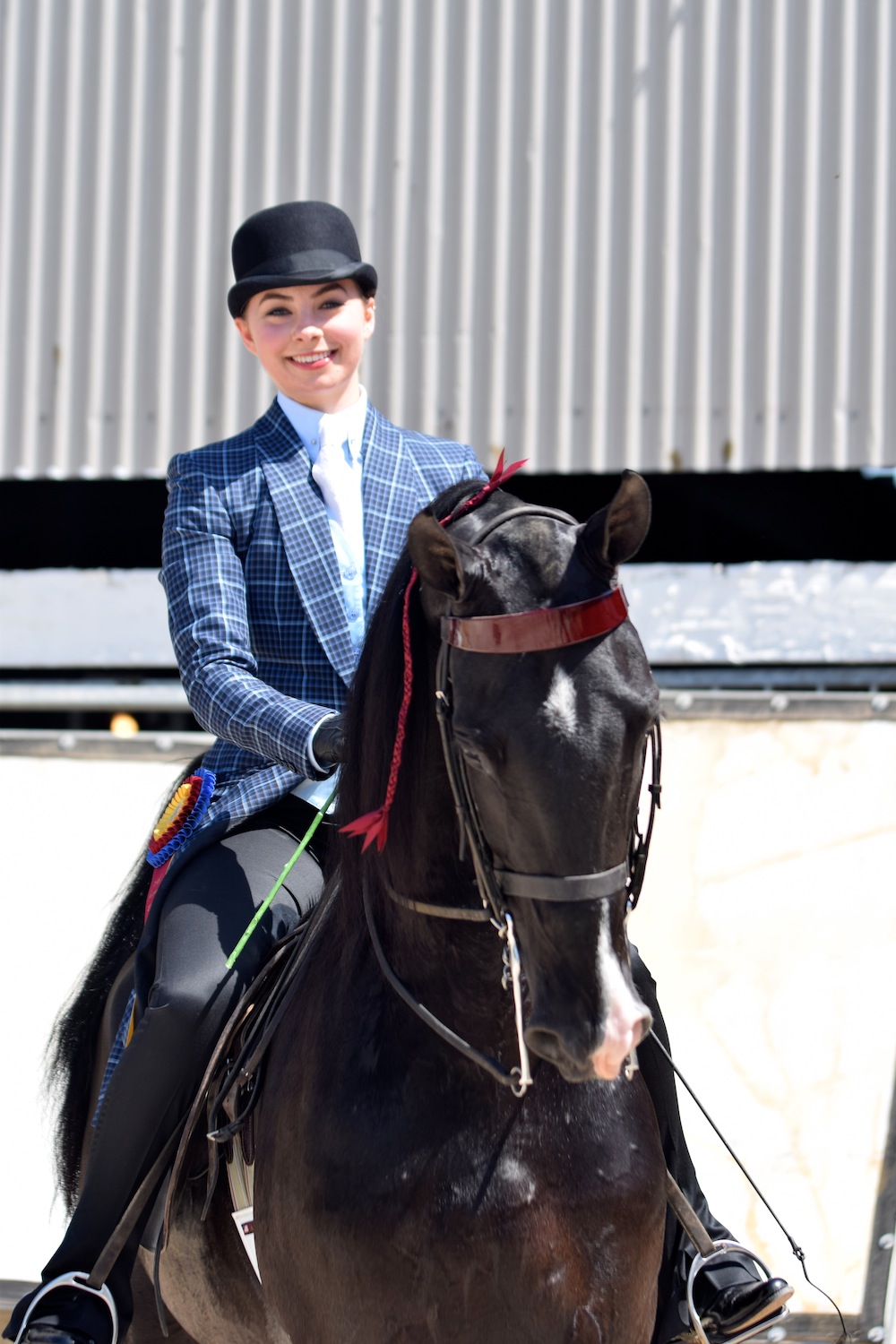 Tyler and I after our championship class.Thursday was an eventful day for Jenn and I because we took a rode trip to St. Louis, Missouri. We went and got the best barbecue in the country, Pappy's Barbecue. Jenn and I ordered the combo platter called The Big Ben. It was so good! We did not eat again until much later that night once we had woken up from our food comas. After we had our lunch we continued our adventure to a salon where we got henna tattoos. We decided that we needed inspirational symbols tattooed onto ourselves for my ride on Saturday. We also had the lady tattoo the Aerosmith wing symbol into the design. Of course once I got into the car I smudged the henna ink, but it turned out great. The hour and a half car ride to St. Louis was well worth the barbecue and the henna tattoos.

After we finished cleaning and taking care of the horses on Friday we had a lot of time to kill before I showed Hans back that night, so we decided to go to Lake Chatham and go stand up paddle boarding. Stand up paddle boarding was a lot of fun and very relaxing. The views were pretty and the water for the most part was perfectly smooth. Jenn and I both may have wiped out, but somehow continued to stay on the board. Later that night I showed Hans back in the championship and he gave everything he had, but he was just exhausted. We got a ribbon in a competitive class, so I left the ring very pleased.

When Saturday came around I was all tatted up and ready to go! Jenn decided it would be a good idea to get me all sugared up because I needed some spunk and energy. On our way to the show that morning we stopped at a gas station and bought a bottle of lemonade and a pack of Starbursts. We had it all planned out that I would eat them about thirty minutes before I got on. I was determined to redeem myself and to leave Midwest feeling proud. I went into that ring like I was going to conquer the class. I believe I had the best ride I have ever had that day and I have never felt more confident and proud of a ride before. I was so excited when they announced that the unanimous winner could "walk this way" to get their ribbon! I was so proud of myself and my horse for coming back and taking the championship. I "let it go," which helped me to ride at my best ability and to show my horse successfully.

Thank you to my mom and to my trainers for having all the faith in me and believing in me! I learned this past week that I am my biggest enemy and that I need to stop holding myself back. When I got out of my head and just focused on riding to my best ability I rocked the ring with my rockstar. Our next stop is Blue Ridge in July!