The hunt seat division! One of the oldest, most widely recognized and respected styles of riding, hunt seat dates back to the 1600s, when the royal family began fox hunting as a sport. Today, it’s one of the most popular styles, perhaps even frustratingly so. I think we’re all familiar with the question, “oh, so you jump?” Not on purpose. “Well then what even is saddle seat?” 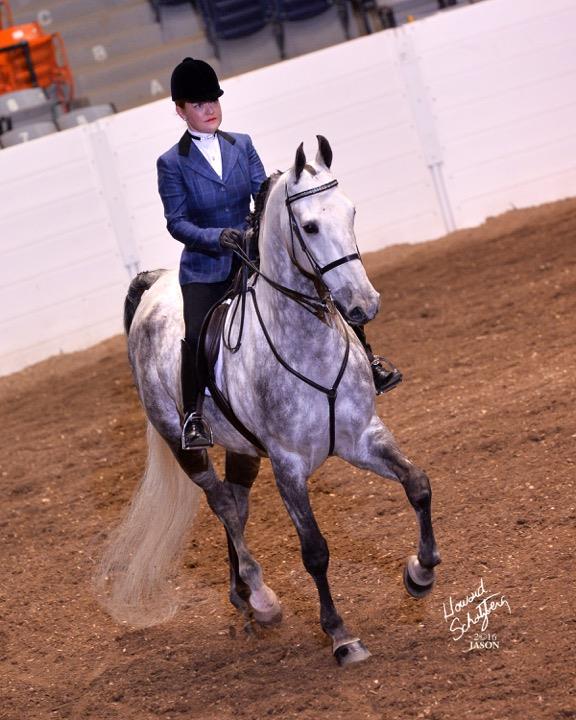 Jolly Mon Sing and I with our game faces on.

If it’s such a huge sport, then why do we, in the Saddlebred world, treat it like our redheaded stepchild? Is it because they don’t have fancy tails? Is it because it is “less exciting?” Which begs the question – does your horse have a Pinterest-swoonworthy French braided tail while they full-blown gallop around a small ring with ease and panache?

Long before I stepped into my own breeches, I have been pushing for this division’s inclusion into our own World’s Championship Horse Show at the prestigious Freedom Hall. For several years, I have spoken at length to breeders, trainers and owners in our own industry and others to find out what can be done to make this happen. I have also discovered the perceived obstacles. One of the biggest seems to be the miscommunications with judging criteria (as with the western division). Fear not, highly qualified people have already been brought together to smooth out the kinks, and this year we were presented with much clearer points of judging. If you’re still frustrated, and you’re also still competing in a sport based off of peoples’ opinions, I’m sorry but I can’t help you.

Why am I so passionate about this division’s inclusion in our most sacred and prestigious event of the year? Legitimacy. If there’s no top level to be achieved, many feel disheartened, unworthy and lackluster about competing in the division at all. Which means that people don’t respect this division, and they don’t want to support it. Beyond ranting about why this deeply saddens me, I’ve simply put together a list of reasons why you should jump on this bandwagon. Without further ado… 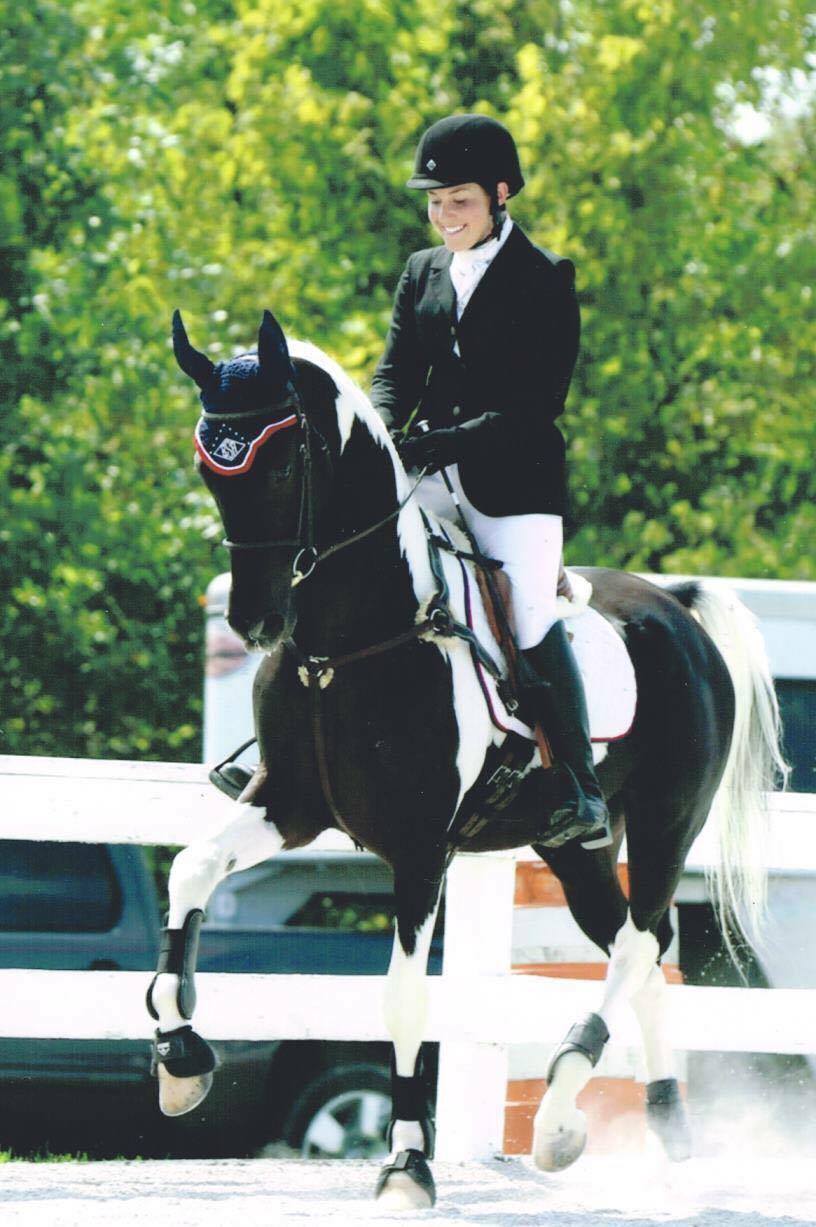 Brooke Schafer and Nite Of Fame, who competes in both eventing and Saddlebred hunt seat classes.

It’s 2016 y’all – time for a little diversity. A true Saddlebred enthusiast already knows of their horses’ incredible ability to do All The Things. From trail riding to Fine Harness, these guys can do it all. Unfortunately, we’re not doing a great job of showing that to the masses. If I had a dollar for every time I brought a friend and they said, “oh wow, these horses do western?” I’d have, like, twenty dollars. Furthermore, I once rode a hunt seat horse at Breyerfest for the Saddlebred exhibition. Riding through a crowd of thousands into an arena of hundreds more, my quieter mount was just as beloved as the five gaited, park and pleasure horses we rode in with. Children reached over the railing to pet her face, ask me questions, and generally go glassy eyed for the magic of the little grey mare in hunt tack with the pretty canter. Trust me – people dig it.

Do it for the breeders.

So many prolific breeders have come up and thanked us for working on elevating this discipline. Why? Because they’re tired of really good horses having little to no value in this market. A good-thinking, beautifully built horse that just doesn’t have the wadded-up headset or crazy motion doesn’t do well in this world, and it’s ridiculous. I have a barn mate that bred a Saddlebred to be a show horse, and it just didn’t end up suiting him. To her, that didn’t decrease his value at all – they are now highly competitive in eventing, both because he’s a wonderful jumper, and because he can only advance so far in the saddle seat world. If we elevate the discipline, we elevate the value, and that leads me to my next point…

There are so many Saddlebreds that end up on the truck because they don’t have the proper "beauty standards" for a show horse. They also end up in rescue, and get used as lesson horses. At Tampa Charity, in the hunt seat/dressage suitability class, I lined up next to an absolutely gorgeous chestnut mare. The rider told me she was rescued six months ago, and she was taking to the division like a duck to water. Before the ribbons were handed out, I felt like we’d all won. 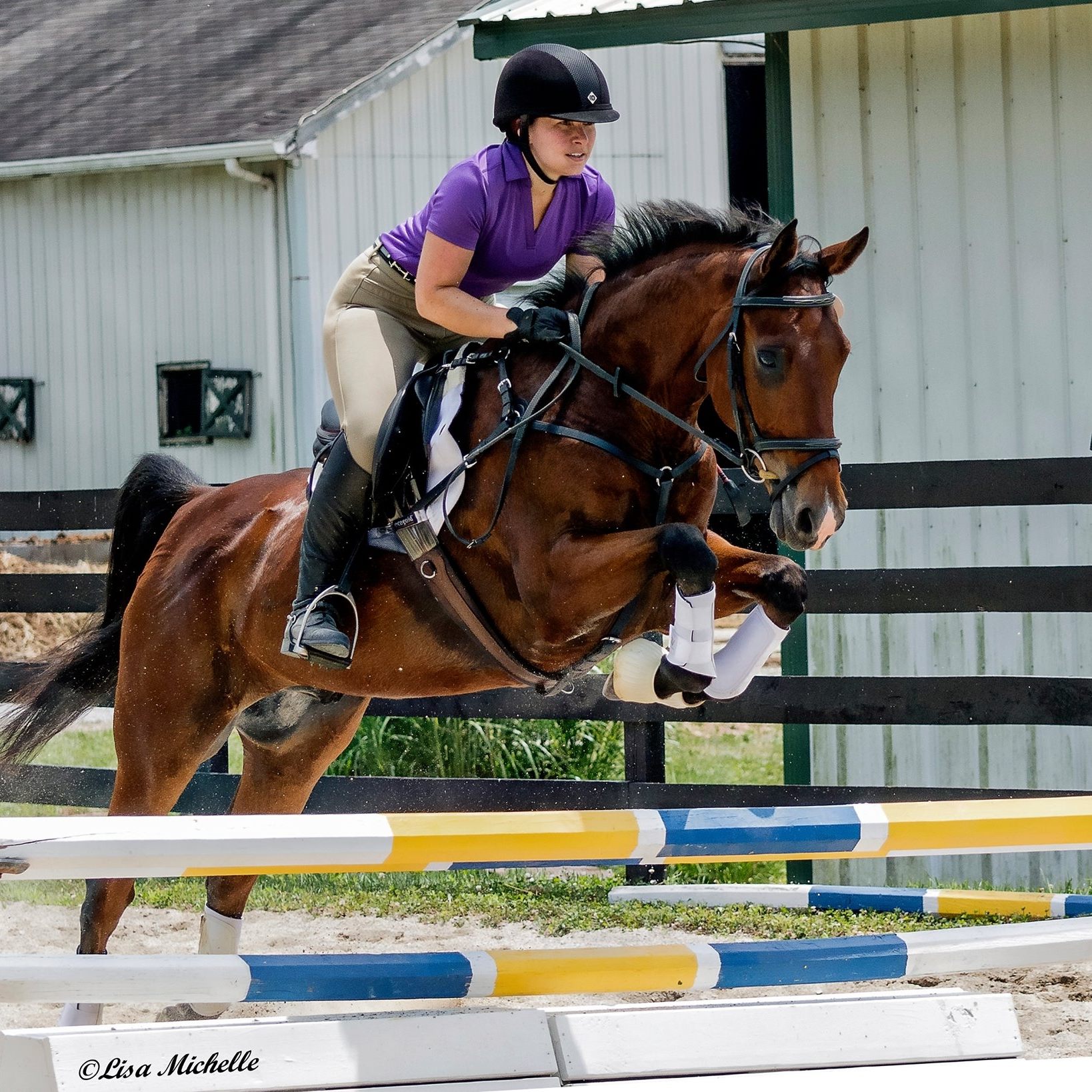 Rachel Kelley and her beloved Saddlebred, George, competing in eventing.

I was asked several years ago to catch ride in a hunt seat class, about a week before the show. I drove to a local tack shop, and for $250 left with a jacket, shirt, coat, crop and helmet (I already owned the boots because, you know, fashion). That’s several thousand dollars cheaper than a brand new saddle seat habit. And if we track the costs of western horses, they’ve gone up in price, but will still set an owner back nowhere near what a competitive five or three-gaited horse will. We’re opening the doors wider to equestrians with big passions and smaller budgets, and it is a beautiful thing.

It drives up the numbers.

Every show that includes a hunt seat division is receiving more sponsorship money, stall fees and entry fees. People love to exclaim, “the numbers are higher this year!” and they can when they invite the hand gallopers to the grounds. Through the Midwest region, the hunt seat division is absolutely full of entries. Legitimizing the division by adding it to our World's Championships can only drive those numbers higher.

If you don’t believe me, look at our sister breeds. Going to a Morgan or Arabian horse show, the western and hunt seat divisions are jam-packed, and the honors are highly sought after. Breeders, trainers and owners of these horses are happy to tell you all about the wonderful effects diversifying the divisions has had on their industries. Go ahead, ask one.

If I had twenty dollars for the western comments, I would have $1,000 for the amount of times someone has commented “abuse” on an Instagram photo of one of my horses. The public, particularly those involved in other breeds, is completely mal-educated and misled as to how the Saddlebred industry treats their horses. I constantly argue the points of them being born this way (#ASBbornthisway y’all) but you can imagine how well that tends to go over. By highlighting, celebrating and advertising our hunt seat horses, people may hesitate before throwing out nefarious accusations. It’s as if we’re saying, as an industry, regardless of how they were created, there’s a job for them to do, and we celebrate them for it. Try that one on for size, internet trolls.

Inclusivity of age and ability. 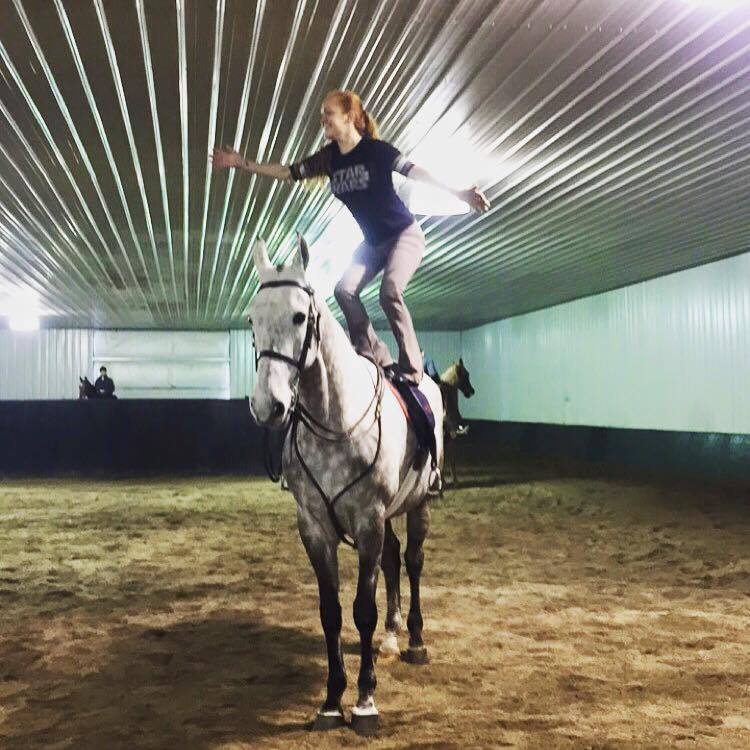 With all this guy puts up with, he deserves a spin on the green shavings.

My mother used to show hot show horses, and she loved it. But as she got older, and experienced accidents and other things that affected her athletic abilities, she no longer wanted to participate in saddle seat. This bummed me out, because she really loved it. Enter western and hunt seat – she is back in the ring, confident and competitive as ever. I am not by any means saying that these disciplines are easier – I find them, more often than not, to be more mentally challenging than my saddle seat classes. Simply put, western and hunt seat horses don’t have the lofty trot that throws you out of the saddle, the leap into the canter, or even the strong mouths that tire many riders out. They’re equally as challenging, but smoother to ride for the older, injured, or timid equestrians that still want to compete.

Would you like to see this division make it? Bring your hunt seat horses to all of the shows you can manage. Advertise them next to the five-gaited stars. Trainers, encourage some of your riders to compete in hunt seat. Riders, consider competing. Some of the most valuable saddle time I have ever experienced was learning how to bridle, smooth transitions and balance a hunt seat horse. Breeders, show off your hunt seat prospects. The western division went from being a joke to being one of the most difficult classes to qualify for – I myself have competed with 23 others who fought tooth and nail to be there, and getting a brown ribbon was an incredible honor. Now breeders are selling western prospects for good money, and riders are competing (and winning) with affordably priced horses.

Reasons not to include the division? Cue the crickets, please. Across the board, elevating this discipline to the ranks of achieving world titles will do wonders for our entire industry. From the breeders to the riders to the stables to the overall reputation, I can only see a sea of pros with little to no cons.