On January 17, at the United Professional Horsemen’s Association Convention in Chicago, Jim and Jenny Taylor and Todd Graham gave a presentation about the future of the professional horse trainer, and their findings were grim. In the following days, the American Saddlebred Horse Association sent out a press release summarizing the presentation’s disheartening facts, with the hopes of stirring people into action. It worked. 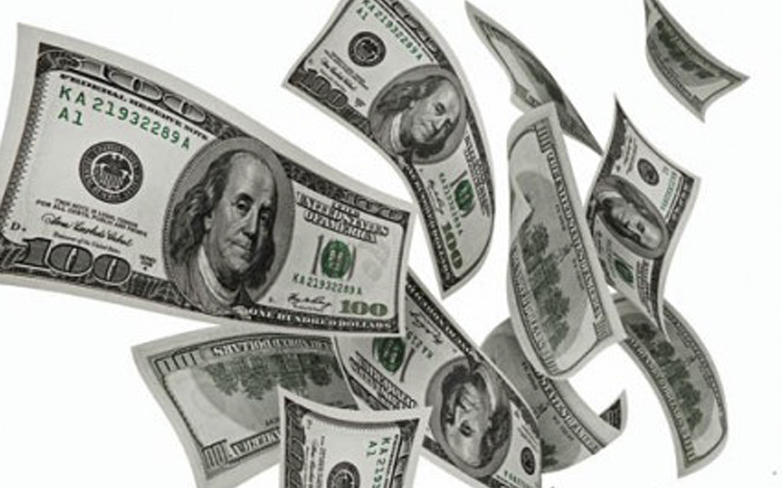 The findings of the presentation – the fact that breeding numbers have been falling alarmingly since 2006 – has sparked great debate both in person and on Facebook. Many people are proposing that we simply commit to breeding more horses; however, I believe the issue runs much deeper than that. All the same problems we’ve been talking about for years are still problems, and believe it or not, they are almost all connected.

In the old days, horse shows were society events. Instead of being so segregated and breed-specific, they were large, often outdoor events that showcased many different breeds and disciplines, and going to a horse show was a social event where one could mix and mingle with others. As shows have grown more and more convenient for exhibitors, I fear they have grown less convenient (and less interesting) to the general public. As much as we promote horse showing as a family sport (and maybe it is to those already involved in it) to non-horse people, it is not the kind of event that serves as a family outing. At a ball game, or an outdoor art festival or the zoo, with the halftime shows and the face painting and the kiddie petting zoo, a family can make a day of it. But to round up the entire family and head to a Saddlebred horse show will quickly result in whining kids and boredom. Because let’s be honest – at most shows, what are they going to see? Two brown horses going around in a circle doing basically the same thing over and over, with no explanation as to what is happening. What else does the average horse show consist of today? An audience made up of the friends and immediate families of the exhibitors, a paper plate exhibitor’s party, and maybe if you’re lucky, a flag horse for the opening ceremony and a 50/50 raffle or chuck-a-duck contest. Admission and seats are almost always free.

Now, I’m not saying there isn’t a show here or there that offers more than that to the viewer, and I’m certainly not placing the blame on anyone, least of all show managers; goodness knows we’re all trying. But in the end, the ideas that they work so hard to implement all too often end up serving only the exhibitors already involved in the industry. And no one can blame them because those are the people who keep their shows going and, even more importantly, that is what we are asking them to do. 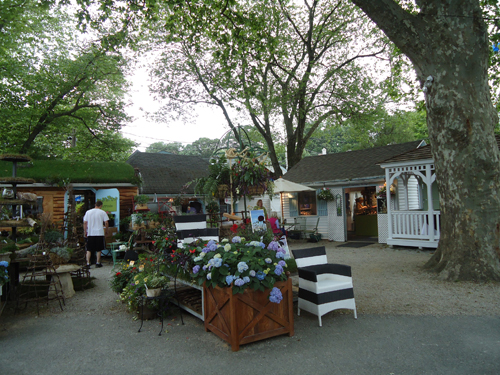 There are shows that set good examples for what I believe we need to return to, and one of these shows is Devon. But a few years ago Saddlebreds were almost lost there and I, for one, wasn’t sure anyone was going to fight to keep our divisions at the historic country fair. Why? Because all I’d ever heard from Saddlebred competitors at Devon was that it was too much of a hassle. The jumpers had their jumps set up in the warm up areas and it was hard to warm horses up. The fair-goers were annoying. You had to park far away. You actually had to buy a ticket to get a seat.

While to me those things sound like the marks of a successful event, to many Saddlebred competitors it was frustrating. Luckily enough people saw through the minor annoyances and fought to keep the Saddlebreds showing in the Dixon Oval, and today they remain part of the oldest and largest outdoor multi-breed competition in the nation, and audiences can enjoy them alongside Grand Prix jumpers, the fair with its rides, food and games, exhibitions and special events like Ladies Day and Children’s Day.

Yes, you still have to park the trailers far away and yes you may encounter a fairgoer wandering down your barn aisle. But what we need to ask ourselves is, whose comfort do we really care about? Ours? Or the people to whom we claim we want to promote our horses?

Let’s pretend for a minute that we got the people there. We have outside people attending the show, bringing their kids, ogling at the horses. How do we treat them? The Big E is held in Springfield, Massachusetts during the state fair. While not a society event like Devon, it often draws a real honest-to-goodness audience from the fairgoers outside. But, once again, the fairgoers are seen as disturbances, scaring our horses with their balloons, bothering us while we’re washing horses in the wash racks, asking “stupid” questions. When presented with the simplest, least expensive and most effective way to promote the breed, we consistently shove it aside because we have work to do that is obviously far more important. 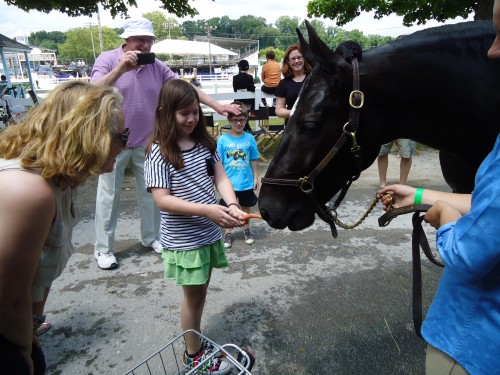 But let’s assume for a minute that somehow, someone gets past all of that. They make it to a show, miraculously like what they see, and want to get their son or daughter involved. More than likely they can’t, and here’s why: normal families can’t spend $100,000 on their child’s chosen sport. (And as a side note, there’s not close to enough prize money offered to even attempt to make any of that back!) If a normal family is going to get their child involved in horse showing, they are effectively choosing to throw their hard-earned cash into a black hole. Is it any wonder it’s easier to choose soccer?

True, not all Saddlebreds are equally expensive. But one has to remember that even a $10,000 horse is far more expensive than a lacrosse stick and the upkeep of a “cheap” horse is the same as an expensive one; cheap horses still eat, still need training, and still need to see farriers and vets regularly. Cheap horses don’t cost less to show, either – and the trailering bills and entry fees aren’t any less costly because the horse was cheap.

The end result is simply this: we are pricing out the average person. We are leaving them with no opportunity to get involved in the industry. They can’t afford a horse, and they can’t even enjoy a horse show. I don’t claim to have the answer, but here are a few things that could help.

If we want to grow our industry – have a reason to breed more horses – we need to get people there to see our horses. First, we need to stop catering solely to ourselves and start devoting more time and energy to creating an event worth attending. Look at the successful models, the handful of shows that do draw crowds. What do they offer that most don’t? Food, fairs, exhibitions, pamphlets and explanations of what is happening in the ring. Once we have a good product, then we need to value it. Charge for admission. Not astronomically, but charge. People place value on what you place value on yourself.

We are all aware that our shows are taking place because we get the premium books in the mail, have the Saddle & Bridle calendar on our wall, and see the Facebook posts from the shows and show horse publications daily. But how does the public know? In most cases, they don’t. I can’t tell you how many times I’ve spoken with a an area local who had no idea that a horse show was taking place in their own city. Put a tip in to the local media. Put a sign out on the main road. Both are simple and free or inexpensive.

Once we get the people there, we need to make them feel welcome. A child may startle your horse on the walk back to the barn, but when they ask you why the horse is wearing boots on its feet, take the time to explain rather than throwing out a comical or annoyed answer.

When people do want to get involved, academy programs are a good start; some barns have had major success starting academy riders and eventually moving them up to the performance divisions with their own horses. This is a much better model than trainers acquiring riders from other barns, which doesn’t add to the growth of the industry at all, except for more hurt feelings.

Lastly, don’t overprice your horses. Everybody wants a cut of the commission and everybody wants to make up the money they’ve sunk into the training and upkeep of a horse, but is your 2-year-old that has never shown really worth $100,000? Unless he’s the next Sky Watch, probably not.

There is no easy fix, but we have a great product called the American Saddlebred, and if ever there was something worth fighting for, I think we’d all agree that this is it.