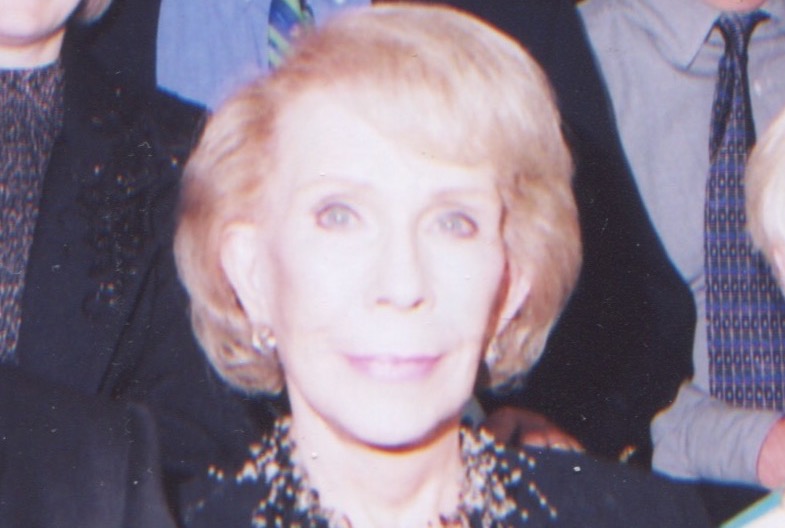 Saddle & Bridle is truly a family, so when we lose one of our own it hits us particularly hard. On February 23 we lost Barbara Walker, or “Babs” as nearly everyone called her, and nothing in our world will ever be quite the same.

For 18 years she worked as our West Coast representative. Chris who knew her best, wrote a beautiful obituary for her in our March issue, which I encourage everyone to read when they receive the magazine. As I was proofing that particular page, I looked closely at the photo of her. While it was cropped for publication, I knew it had been taken in our box seats at Louisville in 2004. The photo was innately interesting to me, because the full version showed many people I knew, ever so slightly younger, but what I noticed most about it was Babs – more specifically the determination in her eyes.

There was an arresting strength to them, a steely resolve and purpose that simply jumped off the page at me. That determination must have been the key to her life – to how she managed to be a woman trainer in the 60s and 70s, during a time when women trainers were a rarity. I don’t look like that in pictures, I thought to myself. But maybe I should start.

Babs terrified us daily with that resolve. She knew what she wanted, how she wanted it and when she wanted it. One year we got the font for the Pacific Coast Horse Shows Association wrong on an ad proof, an organization which she helped found, and we were all scared to answer the phone when she called to address the issue. And don’t you dare speak to her while an equitation class was in the ring at Louisville; just because she wasn’t teaching equitation anymore didn’t mean she loved it any less. She would sit there with her program and her pen and watch and judge the class from the box seats. Questions were to be reserved until the lineup.

But as “scary” as Babs could be, she was also my fiercest advocate, and I suspect she was that for a lot of people. For as many times as she called to scold us for an in-office mistake, she also took the time to tell us when we got something right. When she liked one of my stories, I knew it.

“Honey,” she would say, in a trainer voice I could imagine speaking to me in the warm-up ring or following a horse show class, “your writing is simply beautiful.”

She made the same thing known to me each year at Louisville, and I hope she knew how much I appreciated it; her compliments always seemed to come when I needed them most.

Though Babs is physically gone, I believe she’s still here in spirit. I’m sure she’s still monitoring our every move from Heaven, and I hope she thinks we’re getting it right. If we aren’t, I’ve no doubt that she’ll find a way to tell us, even now.